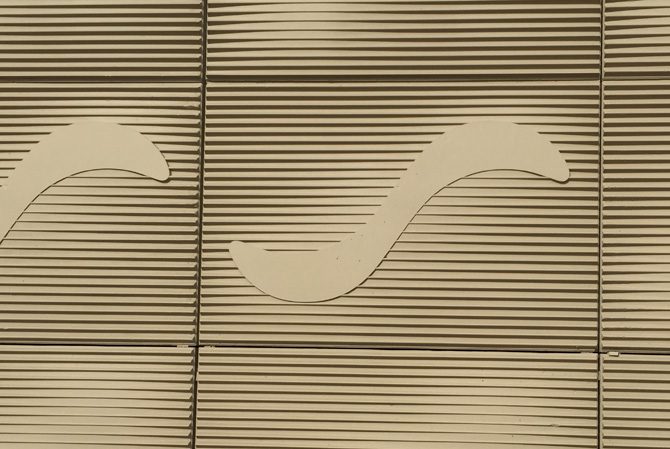 The T-WALL retaining wall shown is located between E. Ann Street and E. Allegheny Avenue on the Delaware River side of I-95. The 3-D wave pattern with ghost waves was designed by PennDOT and created with custom formliners from Architectural Polymers. The design concept is to commemorate the history between the citizens of Philadelphia and the Delaware River.